"Those who ride...survive!"
The Walking Dead: The Ride

We were fortunate enough to once again be able to attend this year's Fright Nights Press Night! With 3 scare mazes, multiple scare zones and shows, the 20th edition of Fright Nights is perhaps the most varied too. Final touches are still being made to Legacy, a new fire and light show on Amity Beach, but we look forward to seeing what the park have up their sleeves.

Warning: This review will contain spoilers and images from inside the attractions!

Trailers is the headline attraction for this year's event. Stepping into the fictional SuperSpark Cinema, you quickly learn that power outages have been affecting the cinema. The automatic doors do not open, and power surges are bringing the films to life! There are multiple films throughout the maze, each based off a previous Fright Nights attraction, such as The Big Top, Studio 13, Se7en and many more! 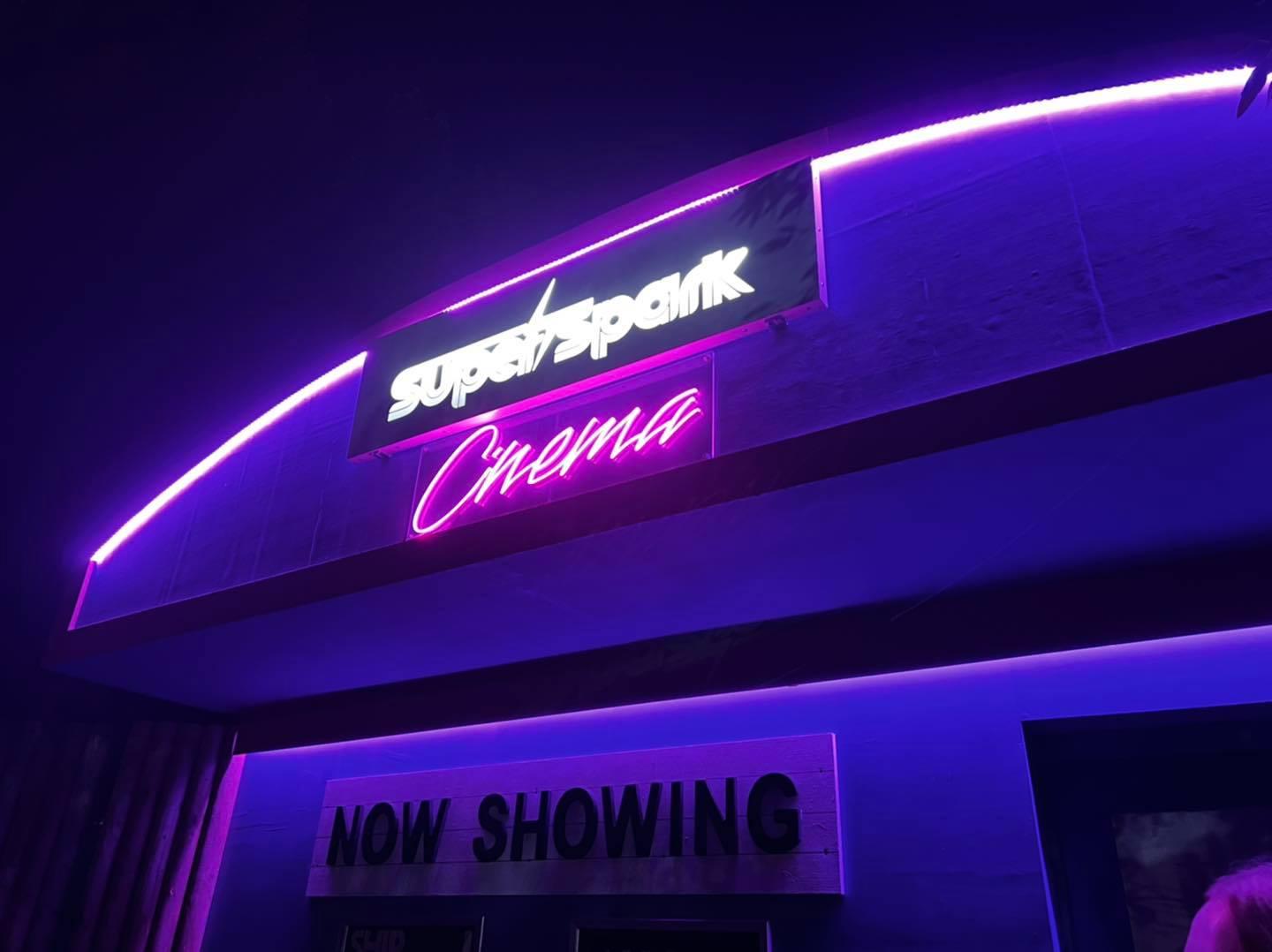 Each scene comes at you thick and fast, but there's enough of a breather and separation that it is distinctive and flows well. We particularly liked how well the scenes were designed, meaning that actors could interact with you multiple times and create a much more chaotic feel. Our favourite scenes were Bozo's Playground - a homage to The Big Top featuring the IMA Score music - and Seven Dolls - featuring several creepy dolls...but how many are just dolls?

After getting through the trailers, you make your way to the projector room. The films have come to life and the characters are there, and they all want to get you! A finale which assaults the senses follows, including lots of special effects which we haven't seen before at Fright Nights!

Trailers is a worthy addition to Fright Nights which does justice to previous attractions and to the anniversary the park are pushing and celebrating so much. With a great cast and lots of special effects, plus great theming, we look forward to doing this again plenty more times!

Creek Freak Massacre is still one of the most intense mazes in the park's line up, and we're really happy to see it return. The extension of Creek Freaks Unchained, which is no longer a one way system, is welcome and we will keep to our pledge we kept when we joined the Buckwheat family!

Platform 15: End of the Line

Returning for its sixth and final year, Platform 15 has received a new story. Starting in Screech Rye Village, you follow a tour of a child who was celebrating their birthday, before the Sleeper Express crashed. Attempting to find the locomotive, you find yourselves reaching the mysterious Platform 15, and the thought-to-be-missing conductor.

The new story was fun, and the maze did a great job at creating suspense at first, and then creating a loud, chaotic second half filled with jump scares. Whilst Platform 15 hasn't always been the most consistent maze, this final incarnation is one of its best, and is a worthy send off. We look forward to what the future holds!

New for 2021, The Crows of Mawkin Meadow transform the old Saw Alive pathway into a creepy, hay-filled meadow. Crows lurk around every corner...but you never know which are real. Filled with lots of smoke and an eerie atmosphere, this one-way zone is a great use of a once-dead space. 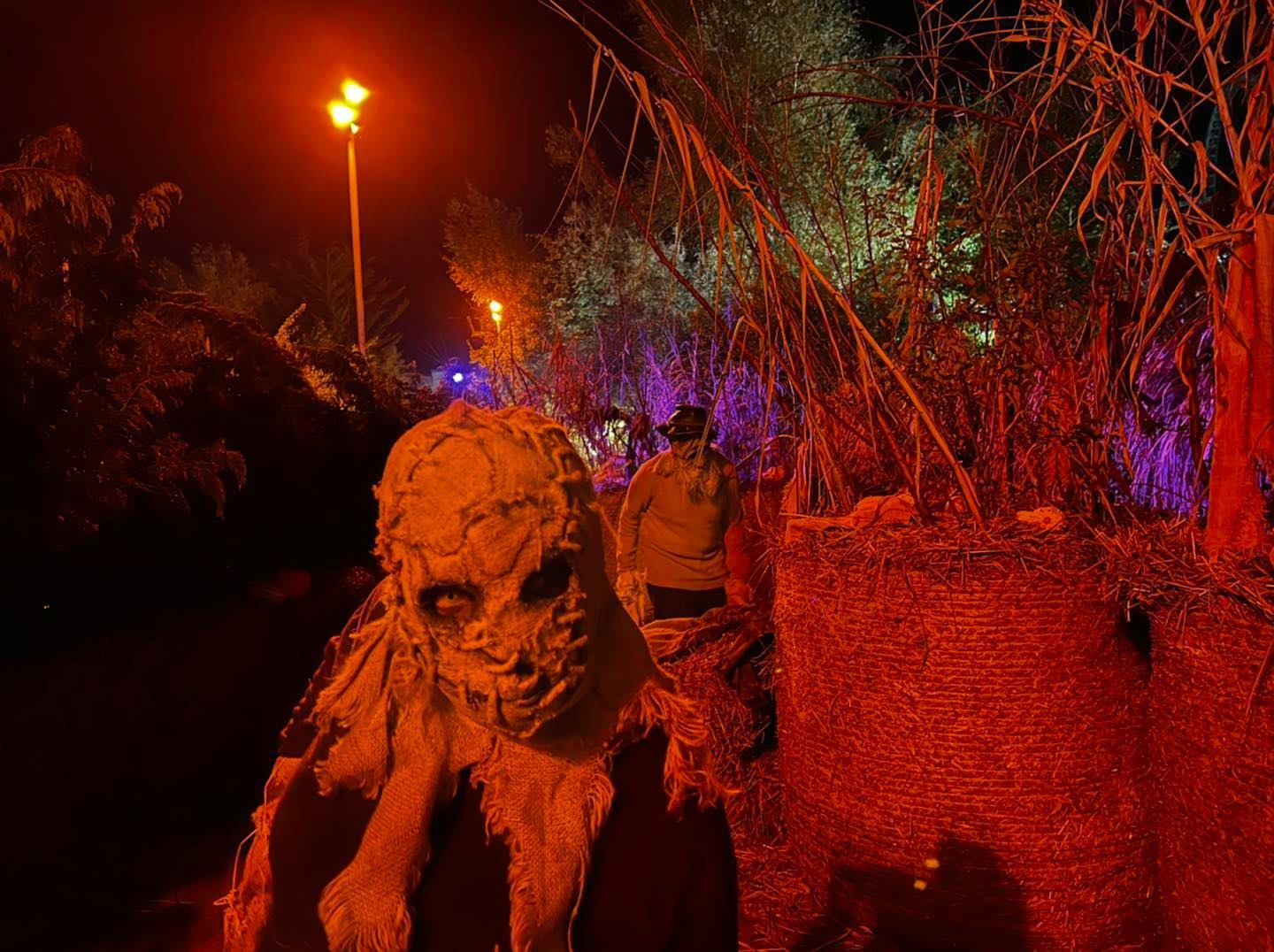 Swarm: Invasion returns for a second season, featuring more props and more actors scattered around the island. As such, this feels much more like a scare zone rather than just extra actors placed on the island, and is much improved as a result. There's lots of interesting characters too, including conspiracy theorists, the military, and some half-alien like creatures!

The Stealth plaza is once again used, this time for Amity High vs LycanThorpe High: Love Bites. Both sets of schools roam around the area, trying to convince you to join their side. Multple dance shows take place throughout the evening too, featuring a new dance routine and song choices to tell a Romeo and Juliett story between a vampire and a werewolf!

Also new for this year is Birthday Bash. Taking place outside Ghost Train, Birthday Bash celebrates the birthday of twins Hattie and Hugo, who are less than well behaved. The twins have several entertainers for the birthday, but they still don't think it's enough. So the entertainers choose to entertain you...but they all have dark secrets. Topsy and Turvy are a pair of clowns who hate children. The cook chainsmokes and spits in the food. The princess is an alcoholic. Expect your fair share of dark humour! There's also lots of shows throughout the day...make sure you stay till the end to see why it is a Birthday BASH too!

Thorpe Park have gone all out to celebrate 20 Years of Fear. This is one of the highest budgetted Fright Nights events in the park's history, and it shows. With a line up full of original creations too, the park have done a brilliant job creatively as well. Sometimes attractions can be a little rough around the edges of preview nights like these too, but this wasn't the case. Full credit to the actors and the team for ensuring this is not the case.

Simply put: you have to visit Fright Nights in 2021!