It is now just over 6 months since the first planning consultation since Project Exodus, and about 3 months since plans were officially submitted to Runnymede Borough Council. Project Exodus still has not been formally approved yet, although this is not a surprise: it was expected to take a long time to be given the green light.

Unfortunately, the planning process has not been the smoothest, and there are still some problems that the application is facing. These problems and concerns have been raised by the Environment Agency (EA), and is a continuation of what we mentioned in our last Project Exodus round up. Indeed, the EA have raised 3 specific objections.

In simple terms, is down to the location of the ride. Being an island, Thorpe Park is an area which is capable of flooding and, if the park were to flood, this can not only effect the park itself, but have knock on effects to the local area. There are different types of "flood zones": areas outlined by relevant authorities (like the EA) which determine how at-risk an area is to flooding, and what types of developments can happen in these areas.

Within the area for Project Exodus, there are some areas which are categorised at the highest level of risk, effectively meaning that only absolutely essential developments can occur in these areas. As such, the EA has no choice but to "object in principle" to the development, unless they can show that Project Exodus does not affect any of these areas.

In the application, the park acknowledge that a small amount of Project Exodus will go into these high-at-risk areas. However, these are only supports for the roller coaster, and they judged these to not cause any issues. In fact, a previous consultation with a council representative back in 2009 said it would be "non-sensical" to deny applications for minimal things, such as supports, going into these high risk flood zones, given the context of development at the park. Despite this, the EA remain firm on their stance.

Part of the construction process for Project Exodus would see the park 'infill' some of the lake the ride goes over. Infilling is the process of "creating" land in a water space, and the park have a rich history in doing this: Saw and Swarm are two big examples of infilled land, as is the empty land behind Stealth/Swarm. For Project Exodus, some land would be infilled, and then some "reclaimed", effectively meaning the lake would return. On top of this, some of the banks to the water will be reprofiled.

The EA object to this infilling, owing to the fact that the infilling is by the jet-ski watercourse, and because they claim the area has significant conservation value to nature. The EA are also unclear on the timeline of the infilling, and whether it will result in the water by Project Exodus being completely cut off from the lake (and if so, for how long), and exactly how much infilling will take place. As such, they want to see these things addressed. 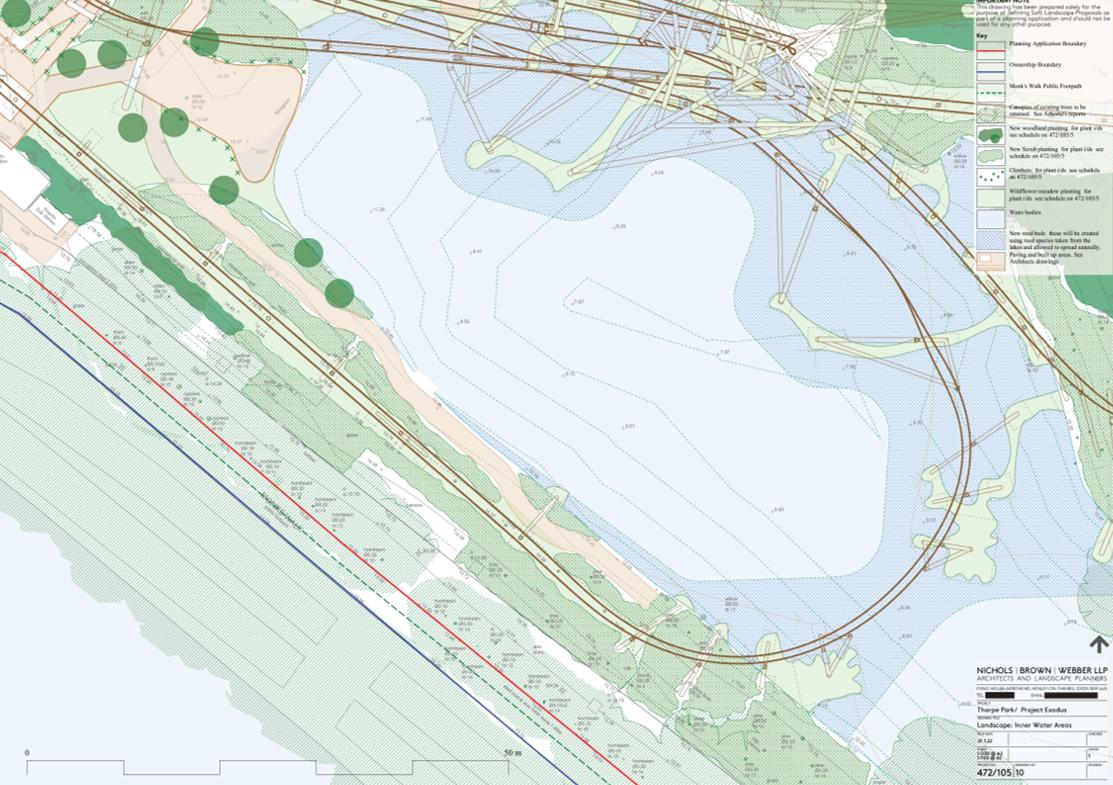 These 3 objection are a major bump in the road for the Project Exodus development. Something like Objection 2 is fairly straightforward to address, in that for the planning team, creating an updated flood risk assessment is not a difficult thing to do in context. However, somethign like Objection 3 will take more time to deal with. And finally, Objection 1 appears to be the biggest issue, as the EA do not like the location of the development.

So has Project Exodus been rejected?

No, Project Exodus has not been rejected.

So will Project Exodus definitely happen?

At this moment, we do not know. We are not planning (or flood) experts, so cannot accurately give an answer here.

Can't the council just ignore what the EA say and approve Project Exodus?

Technically, yes. The EA do not have the power to formally 'approve' or 'reject' an application: they (like every other consulted party) give their opinion and state any objections they have. The council then consider these objections and come up with a verdict. If there are objections but they council approve a development, the council have to give reasons as to why they chose not to inact the objections. Given how concrete the EA's objections are, we do not think it is likely that the council will simply 'ignore' them.

If it does happen, could Project Exodus be delayed? When could it open?

The park plan for this to open in 2024. If everything runs according to the schedule they originally planned out, construction will start late this year (around November-time), and the ride should be ready for the start of the 2024 season. Depending on how long these objections take to address, it could delay the start of construction.

I thought construction had already started? There was work by Creek Freak Massacre, the Platform 15 route and they've removed some bits?

The park have done some preparations for construction, such as removing some fencing, concreting some access routes and testing some land. These are standard things which do not require planning permission, and can happen at any time.

If the EA don't like the location, couldn't the park just move the ride elsewhere, like the island behind Stealth and Swarm?

The park can, in theory, change the location of the development. However, the current plan for Project Exodus is custom-designed for the Old Town location specifically, and so may not work elsewhere. If they moved the development elsewhere, they would likely have to submit a whole new application, and do new visual and noise tests, which could take a long time. Furthermore, moving the ride elsewhere changes any infrastructure development the park have to make, which could eat into the budget for the project.

If it's only supports which are an issue for the flood zones, couldn't the park just move the supports / redesign the layout?

Again, in theory, this is a possibility. But the ride and supports will have been designed the way they are for a reason, so from an engineering perspective, it may not be that simple!

The plans showed an alternative roller coaster layout for the area, could they not go with that?

The planning application submitted in March showed an alternative proposal that the park considered, which looked like a B&M hyper coaster. This was shown as just an idea of what was considered, and to show why the current Project Exodus was the best-possible idea. The park would face similar objections from the EA for that proposal. If it was a B&M roller coaster too, it would depend on if B&M could even tender the project now, which is not certain.

When will hear any more about this?

The simple answer is we do not know! Any response from the park will come when it comes.