That's right, plans for Project Exodus have been submitted today! We've got the rundown of everything interesting found out in the full planning documents about the park's newest coaster! 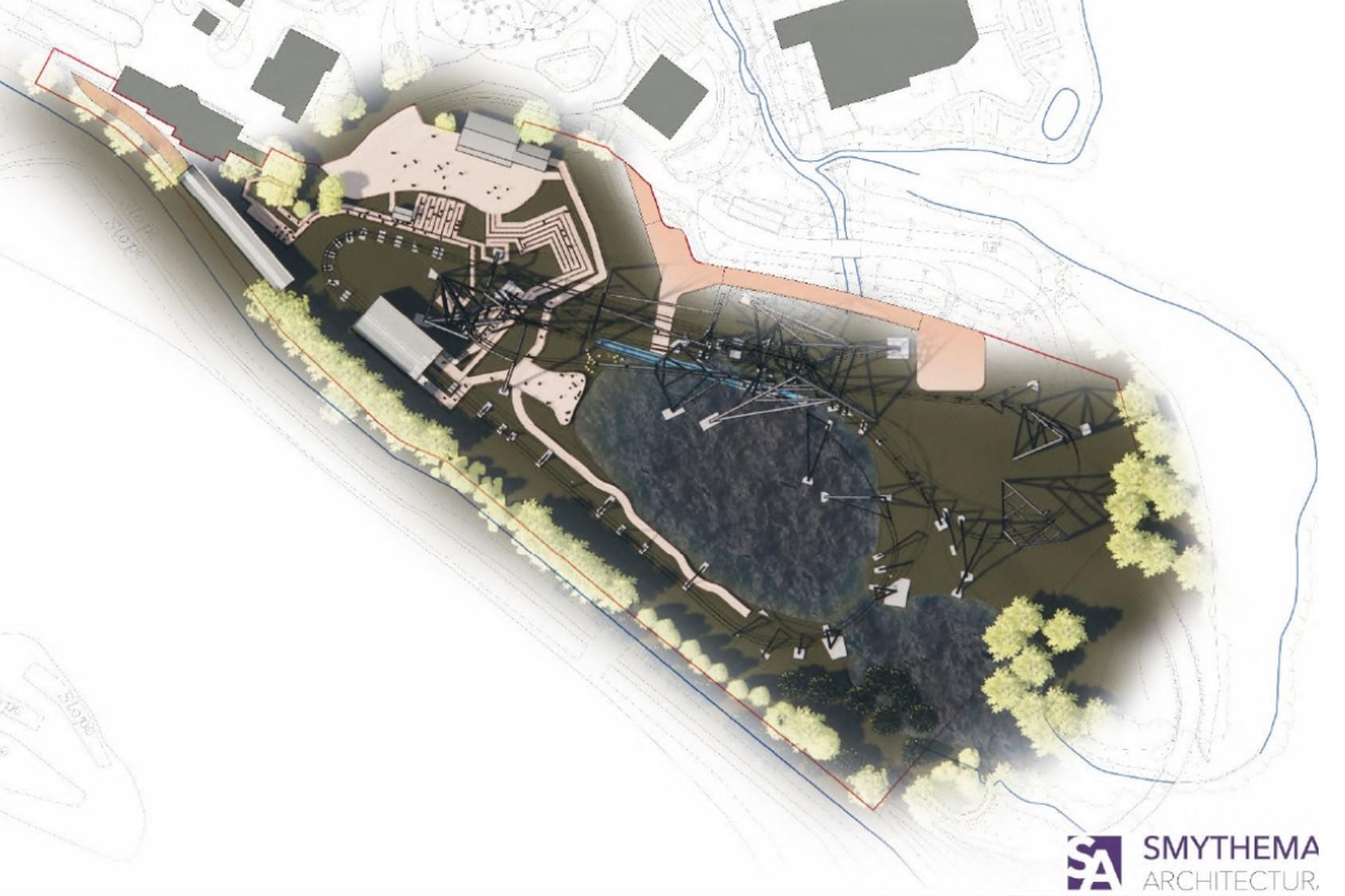 In short, we don't know too much more since the initial consultation period, except for some small extra details. To summarise:

Manufacturer: Unknown (but very likely to be Mack Ride)

Max speed: Approximately 130km/h (which is just over 80mph)

Other high points of 50m, 48m, 43m. This means that Project Exodus will likely have the tallest inversion in Europe

Trains: 2 trains with 20 people (10 rows of 2). The trains will have lapbars, as with all thrill Mack coasters.

The park want this to be seen as the 'best roller coaster in the UK', and was designed with this breif in mind.

What else was considered?

As part of the planning application, the park have highlighted some other things they considered.

In particular, the park have shown an original layout that was consider. This would have the ride start in the empty area next to what is now the Trailers queue, and have a steep lift hill going towards Old Town. The ride would then have several airtime hills over the lake, towards the forest, before turning back round, doing more airtime hills. It would then loop around where Slammer currently sits before moving back towards the station. This plans looks distinctly like a B&M hyper. 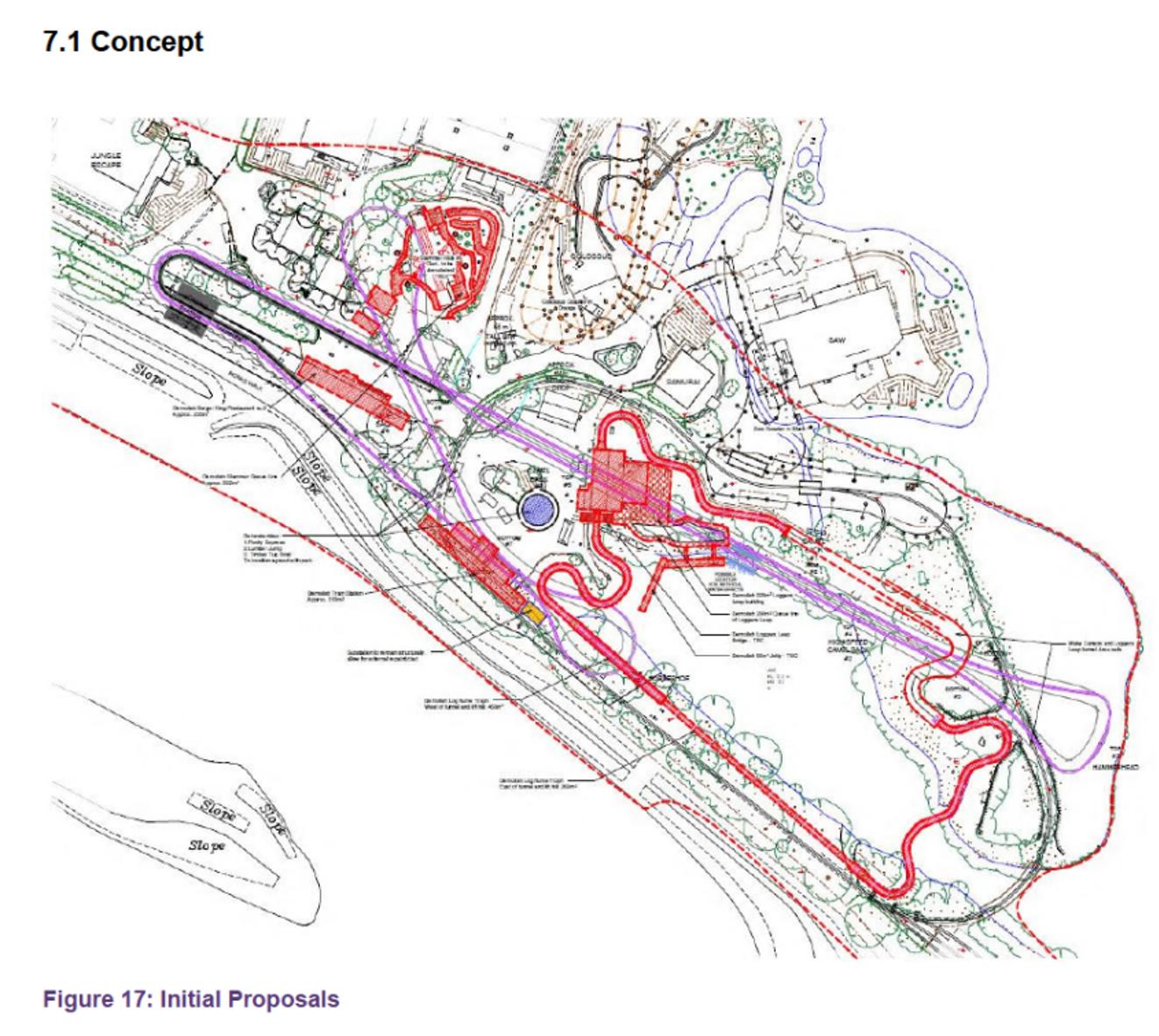 This plan was dropped due to the potential noise and visual pollution of the design, as well as the fact it would see the removal of the BBQ food and beverage unit as well.

The park have also given an insight into other areas considered. The island between Swarm and Stealth, known as Island A, has previously had tenatative approval for a roller coaster of a maximum height of 40m, and the park wish to keep this option open for the future. Other areas of the resort were not suitable, hence Old Town was chosen. Furthermore, the park have shown that there was an overwhelmingly large support for the development from the consultation.

The ride starts off where Timber Tug Boat used to sit. It rolls out the station, does a 180 degree, outward-banked turn to the right, before going up a steep chain lift hill to the maximum height. It then does a steep drop, twisting 180 degrees. What follows is a series of unique, high twists and inversions over the lake, including a particularly exciting-looking outward-banked dive into an inversion! Towards the end of the layout, the ride looks to go through some sort of splashdown element. It is still not confirmed how this will work, but we think it could be more of a special effect than the ride actually travelling through the water. Some airtime-moments then complete the ride.

Unlike most other planning applications, we have not gotten a hint at the ride's theme or style. The colour of the track has not been specified, beyond the fact the high points will be "light in colour". We do not have designs for the station building, photo and retail units and the fencing. Instead, we just have locations and dimensions. This means that, within reason, the park can do what they like with these, though they may have to submit plans later.

This gives the park the benefit of more time to perfect the theme and style of the ride (and also keep it a secret!). With the park pretty much removing the entire of Old Town for this investment, this gives them a blank slate for theme, and we look forward to what they come up with.

Planning applications usually give us a great deal of extra insight about the investment and what the park hope to gain out of it. To round this up:

-The park are investing approximately £18 million in Project Exodus; this is comparable to The Swarm.

-The park envision that this will give them almost 200,000 extra visitors in the ride's opening year

-Construction is set to take place from late 2022, with it lasting 16 months

-The famous Princess Diana memorial, which was outside Loggers Leap (which she was famously photographed on, with Princes William and Harry), has been moved to Sunken Gardens.

With construction set to take place in late 2022, it is possible that the Old Town area might be able to reopen for this year's Fright Nights, giving us one last visit to the Buckwheats' sawmill and allowing us to experience Creek Freak Massacre one last time. At this time though, this is not confirmed.

That pretty much covers the highlights! We're still looking into the plans to make sure we haven't missed anything though, so keep checking back, and keep an eye on our forums, for any more details!

We have a full gallery of all images below: this is being updated regularly!